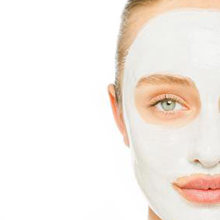 Zeolite-based oxygen concentrator systems are widely used to produce medical-grade oxygen. The zeolite is used as a molecular sieve to create purified oxygen from air using its ability to trap impurities, in a process involving the adsorption of nitrogen, leaving highly purified oxygen and up to 5% argon.

QuikClot brand hemostatic agent, which is used to stop severe bleeding, contains a calcium-loaded form of zeolite.
Biomedical applications of zeolites include their use as detoxicants and decontaminants, as vaccine adjuvants, and as antibacterial agents. They are also used for delayed release drug delivery, as antitumor adjuvants, as antidiarrheal agents, in hemodialysis, to improve bone formation, and in the treatment of diabetes mellitus.

Zeolites are used in the treatment of Lyme disease, as a detoxifier.