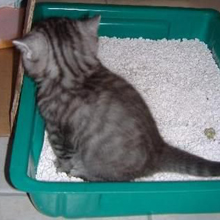 Zeolites are marketed by pet stores for use as a filter additive in aquariums. In aquariums, zeolites can be used to adsorb ammonia and other nitrogenous compounds. However, due to the high affinity of some zeolites for calcium, they may be less effective in hard water and may deplete calcium. Zeolite filtration is used in some marine aquaria to keep nutrient concentrations low for the benefit of corals adapted to nutrient-depleted waters.

Where and how the zeolite was formed is an important consideration for aquariums. Most Northern hemisphere natural zeolites were formed when molten lava came in contact with sea water, thereby ‚loading‘ the zeolite with Na (sodium) sacrificial ions. These sodium ions will speciate with other ions in solution, thus the takeup of nitrogen in ammonia, with the release of the sodium. One deposit in southern Idaho near Bear River is a fresh water variety ( Na<.05%) In southern hemisphere zeolites, such as found in Australia, which were formed with fresh water, thus the calcium uptake on formation.

Zeolite is an effective ammonia filter, but must be used with some care, especially with delicate tropical corals that are sensitive to water chemistry and temperature.

Non-clumping cat litter is often made of zeolite or diatomite.