How is Zeolite Formed? 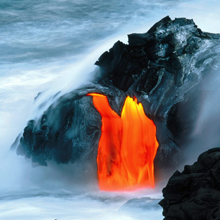 Natural occurring zeolite is a crystalline mineral that has been formed from volcanic ash generally over a period of between 50 to more than 350 million years ago. During this time there were many violent volcanic eruptions ejecting millions of tonnes of ash into the air which fell on both land (to form topsoil) and into water where most was dissipated. But in the right conditions, in a few locations, natural zeolite deposits were formed.

To appreciate the uniqueness of zeolite deposits it is necessary to understand the complex formation conditions that needed to occur, and the precise order in which they did occur, from the time the zeolite began as volcanic ash over 350 million years ago.
These conditions and their order of occurrence are:-
After the eruption a thick layer of ash drifted far enough away from the eruption site so that all the heavy particles drop out and the ash contains no other materials in it except for the silicates;

Volcanic ash is very similar. It can also fall very quickly and can cover everything on the ground in matter of hours with heavy chocking particles many meters deep. Remember the scenes of the 1991 explosion of the Mt. Pinatubo volcano in the Philippines, where the American military facilities had to be abandoned because of the tonnes of ash falling every hour. The same sort of eruption buried the towns of Pompeii and Herculaneum in Italy over 2,000 years ago in 79AD.